UDIM has a full arsenal of promotional tools to use as they communicate with consumers on several platforms.

As youth leave the sultry days of summer behind they will dive back into school and UDIM will help schools across the state dive into good dairy nutrition and activity with the Fuel Up to Play 60 (FUTP 60). FUTP 60 encourages kids to eat healthy, including dairy, and be active for 60 minutes each day.

“In October, over 400 FUTP 60 students will join us at Ford Field for a rally to learn more about dairy, eating healthy, being physically active and being leaders in the schools and communities,” Sharon Toth, UDIM CEO commented. “A recent survey of program advisors shared that more than half of kids are consuming more dairy and being more active because of the program.” 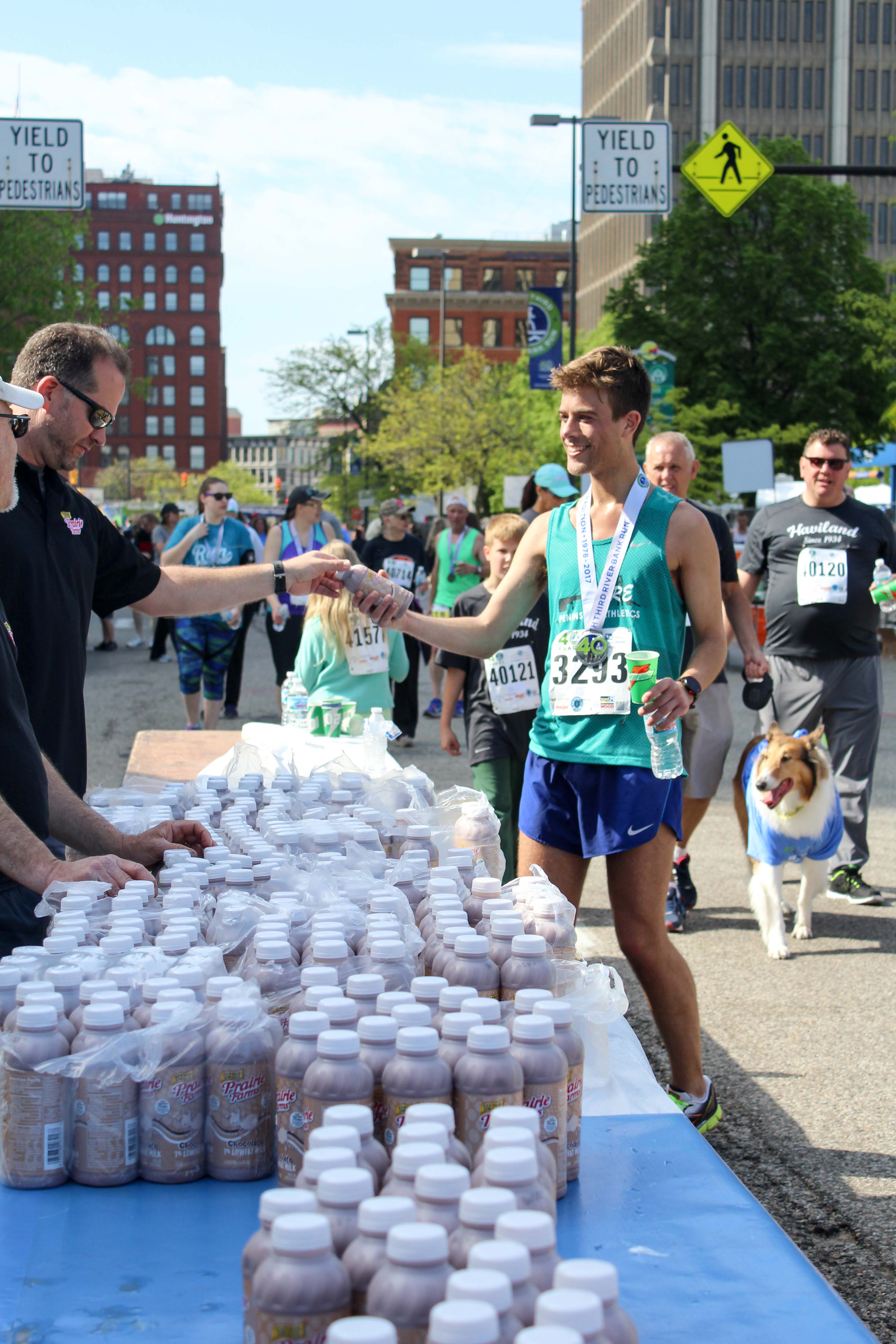 UDIM is committed to promoting milk in schools, but they are equally as concerned with providing milk to families in need. Toth explained, “This year UDIM matched $100,000 in milk drives.  UDIM works with food banking system and retailers to educate consumers about the need for dairy’s powerful nutrition by families in need.”

Raising money for milk was part of Gleaners Community Food Bank of Detroit Radio-A-Thon earlier this year.  In June, Gleaners held a first ever Milk and Cereal Drive to help feed kids during the summer. Busch’s Food Stores hold a week-long milk donation program in the spring and in the fall and Kroger’s milk donation program was held through the month of August. “We’re providing radio ads to help support and promote these efforts,” Toth commented.

Influence is a large part of what UDIM does and not only have they pulled in people to help influence the younger generation to drink more milk, they have also reached out into key areas of the influencers.

“Our spokespeople continue to share dairy messages with their followers, as they have a large following online and off.” Toth continued, “Athletes Allison Schmidt, Leah O’Connor, Andre Drummond and Lindsay Tarpley are all milk spokespeople who share the good news of dairy in their diet as athletes.”

Rich Fronning is the latest athlete to join UDIM’s sphere of influence. As a world renowned Cross Fit athlete, Fronning has a tremendous platform to promote the goodness of dairy. “Those who participate in Cross Fit are inundated with alternative beverages and supplements. Rich is a big supporter and promotor of milk and promoting it among those he trains and works with and this is huge,” commented Toth.

Farm tours are an effective way of communicating the dairy story. Last year dietetic students from Eastern Michigan University headed west down U.S. 12 to stop at Pleasant View Dairy in Jonesville, Michigan. This tour had such a great impact on the students, a dairy farm tour will now be included in their curriculum moving forward. Jennifer Lewis, owner of the farm, commented the tour was a huge success and a real eye opener for the students.

Bringing influencers on farm tours is a long-term strategy for dairy promotion. The tours bring decision makers like Michigan Department of Education staff, School Food Service Directors, and future dieticians to meet with dairy farmers and see dairy farming first-hand helps them to better understand the recommendations they make when they are asked about dairy in our diets, according to Toth.

“In 2016, we hosted 350 influencers on farm tours. These are the folks who are determining what kids eat in schools, they are future dietitians who will help patients, future veterinarians who may be the face of dairy even if they study small animals, and those who work in schools,” Toth explained. “When these folks see firsthand the amount of time, dedication and care that dairy farmers give their cows and ultimately the milk we drink, they are amazed.”

“We have a very dedicated staff who work in many areas to promote Michigan’s dairy industry, among consumers in all areas of our state,” commented Jolene Griffin, UDIM Director of Industry Relations.

“We know that Michigan’s consumers have a very favorable image of Michigan’s dairy farmers. They trust what they do and they are confident in the products they provide and our goal is to not only maintain that trust but to expand upon it so at the end of the day everyone knows: where their food comes from, know the families who provide it and has a connection to Michigan’s dairy farmers,” Griffin concluded.

The United Dairy Industry of Michigan is funded by Michigan dairy producers through part of the 15 cents per hundredweight deduction from producers’ milk checks. The Dairy Promotion Referendum, voted on every five years, allows 10 of those 15 cents to stay in Michigan.

This article originally appeared in the September issue  of the Michigan Milk Messenger.