We breeze through curing cellars lined with cheeses waiting to graduate to retail dairy cases. We move past the cheese vats—both open air and contained—while snaking through a plant that churns out some seriously good cheese. In one room, the Edam, with its “mellow salty, nutty flavor,” momentarily plunges into a pool of red wax before popping back above the surface.

The Edam is just one of many cheeses crafted within these walls. There’s Gouda and Fontina and a unique Mantoro. Plus Brie and Camembert. Buttery and creamy or sweet and salty, the award-winning stars of Old Europe Cheese, Inc. are made in Benton Harbor, Michigan and sold under the Reny Picot brand. MMPA partners with Old Europe Cheese, supplying the milk and cream to make these European-style cheeses.

Albano Navarro recently took the helm of the Benton Harbor location, with dual responsibilities over the ILAS facility in Poland. “The company will soon be 60 years old and has been owned by one family since the very beginning,” he said.

As ILAS expanded and Americans developed an appetite for European-style, ILAS opened Old Europe Cheese as their U.S. subsidiary in 1987.

The location, “nestled between the pristine waters of Lake Michigan and the rolling hills of the Michigan wine country,” was carefully selected. A former MMPA plant, the facility had the “rudimentary infrastructure” in place before it was converted to a cheese plant. François Capt, recently retired general manager, emigrated from France as a fourth generation cheese maker and set to work bringing European-style cheese making to southwest Michigan.

Old Europe Cheese imported special open cheese making vats from France, which “allowed for the tried and true method of hand cutting the cheese curd.” Meanwhile, experts from across the pond constructed brining systems and curing cellars, plus the best cutting and packaging equipment “to ensure the perfect wrap on the perfect cheeses.” 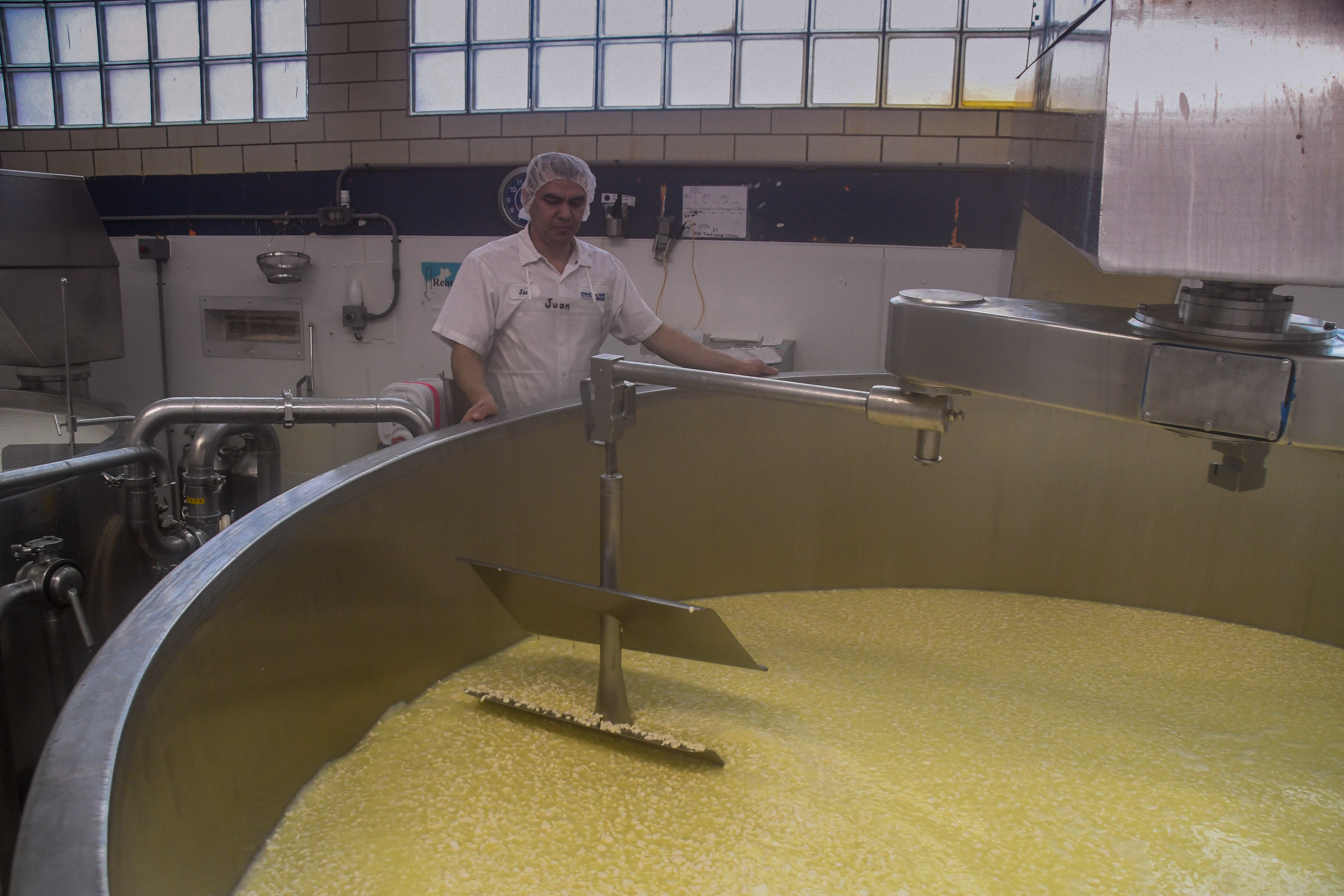 According to Old Europe Cheese, a unique feature of their cheese comes from their propriety cheese cultures. “The cheese makers at Old Europe Cheese harvest exclusive starter cultures from carefully nurtured vats right at the plant.”

Old Europe Cheese sees their cheesemaking process as an “art form” and take pride in the craftmanship in each piece of Michigan-made cheese.

Michael Balane, national sales director, makes it his mission to bring Old Europe’s gourmet cheese to stores both down the road and across the country. The Reny Picot cheese made in Benton Harbor can be found in small markets as well as larger grocery store chains like Kroger, Meijer and Busch’s Fresh Food Market.

Balane credits their award winning cheese to starting with quality milk from MMPA farms. “You can’t make a great bottle of wine with bad grapes nor can you make a good piece of cheese with bad milk,” he said.

Navarro’s experience in dairy across the globe adds a new appreciation for MMPA farms’ ability to produce milk to meet their needs. “It is really amazing the quality of the milk we are receiving. It is so fresh,” Navarro added.

Plant Manager Scott Ness says the awards lining their conference room are a testament to their quality. From the World Championship Cheese Contest to the American Cheese Society, their cheeses are commonly stacked up against cheesemakers from across the U.S. and the world.

“We are fortunate in that when we place something into a contest, we win some kind of award,” Ness said. “At these contests, it’s not one or two cheesemakers anymore, it’s thousands of cheesemakers in categories, so that speaks highly of the quality of the milk and our cheese.”

“We have won a lot of awards, but we’re always improving,” Balane added. “You can’t stop or just like on a highway, you’ll get run over.”

The facility is keeping up with ever changing food safety standards and consumer-driven desires. The plant is Safe Quality Foods (SQF) certified at the highest level. SQF is a globally trusted, recognized and accepted food safety and quality program. Sustainability is another focus area and they continue to look at their footprint and explore new ways to reduce waste.

Since the plant was originally converted to cheese production, Old Europe Cheese has undergone several expansions and keeps their product offerings up to date with current demands. A recent addition was a bakery option so they can produce baked brie, packaged and ready for consumers to serve.

European-style cheeses continue to gain popularity in the United States, so the company sees continued growth ahead. “One of the exciting things is the American cheese palette is becoming more sophisticated,” Balane said. “A lot of our growth is the consumers have gotten smarter and more attune to it.”

With new leadership, the company is optimistic about the future and envisioning new plans to further combine Old Europe Cheese’s legacy with new technology and consumer demands.

Stepping out of Old Europe Cheese, it’s easy to appreciate the commitment and craftmanship behind each piece of cheese. Room after room, cellar after cellar, they care about making “the best cheese from the best milk.”

This article was originally published in the July/August issue of the Milk Messenger. Subscribe »