It’s not uncommon to catch Carl Rasch, hands resting on his hips, midway through a discussion on the current state of  dairy markets. He can just as easily say, with his unmistakable low and gravelly voice, the prices of each class of milk today as he can recall the ups and downs of the industry throughout his 40 years at the helm of MMPA’s milk sales department.

Rasch has worked with customers large and small. He’s seen the dairy industry evolve from a local concentration to a global scope. He’s present at member meetings as the expert on all things milk marketing. And he got his start on none other than an MMPA member dairy farm.

Rasch began at MMPA under then General Manager Jack Barnes, who Rasch first met as a student at Michigan State University when Barnes was guest speaker in a cooperative marketing class. But before joining MMPA, Rasch began his professional career as field auditor for the U.S. Department of Agriculture. Barnes approached Rasch’s present employer before reaching out to talk about an opening at MMPA. Not long after, Rasch was named MMPA’s director of milk sales.

Indeed, he did. In his role at USDA, Rasch often visited the MMPA office, then located at Seven Mile and Telegraph Road in Detroit. Yet even growing up, Rasch was fully involved in the dairy industry at the farm level. He was raised on an MMPA member farm that at one time achieved the 35-year member recognition.

“Having been born and raised on a dairy farm, I feel fortunate to have been able to continue to stay connected to agriculture and members who are family, neighbors and friends,” Rasch said after receiving the industry service award. “It’s been a privilege to work for an organization like MMPA who is recognized as a leader in the industry.”

Throughout his tenure at MMPA, Rasch has been able to build relationships with customers in and outside of Michigan, capitalizing on opportunities to move milk to a variety of outlets.  While working on business development and strategic planning for MMPA, Rasch is responsible for negotiating contracts with processing plant customers and milk supplying members.

Touted as MMPA’s resident expert in the area of Federal Orders as well as the Super Pool, Rasch was credited with “writing the book on milk marketing” by John Dilland, former general manager of MMPA. His influence has benefitted both MMPA and the national dairy industry, as Rasch has worked on taskforces with the National Milk Producers Federation concerning Federal Order reform.

“I don’t know of anyone who more input and impact on our milk sales premiums or pool premiums than Carl,” wrote Dilland. “Carl could be blunt and direct and was bold enough to ask for what the market should be willing to pay. All of us owe him a huge thank you for a job well done and for the huge contribution he has made to MMPA’s bottom line and producer premiums.”

In the time Rasch has been involved in the dairy industry, many changes have shaped the way we do business today, especially concerning the international scale of the present dairy industry. While the nature of his job has changed, Rasch has remained a steadfast fixture for the last four decades of marketing MMPA member milk to the greatest advantage possible.

Rasch says over his tenure in the dairy industry, some of largest changes he has seen have been on the farms themselves. From increased technology to improvements in nutrition and breeding, he has observed farmers becoming more efficient in what they do, with the rate of change accelerating every year.

“The industry has become more and more progressive. The way we produce milk is a whole lot different than the way my father and grandfather used to,” commented Rasch. “One thing that hasn’t changed is farmers at least have always been passionate about what they do. The people I was dealing with when I came to work for Michigan Milk have a lot of the same traits that our members have today.”

In addition to his leadership at MMPA, Rasch has served on the board of directors for the United Dairy Industry of Michigan and as the secretary of the Great Lakes Southern Milk Marketing Agency. Rasch demonstrates investment in youth through involvement in scholarship programs and MMPA’s annual 4-H Milk Marketing Tour. Rasch serves on the Michigan Dairy Memorial and Scholarship Foundation Board, which provides scholarships to MSU students studying dairy-related programs.

“His willingness to educate, train and mentor many of us in the industry has been instrumental and beneficial to the past, current and future leaders of dairy,” said Joe Diglio, current MMPA general manager and long-time colleague of Rasch. 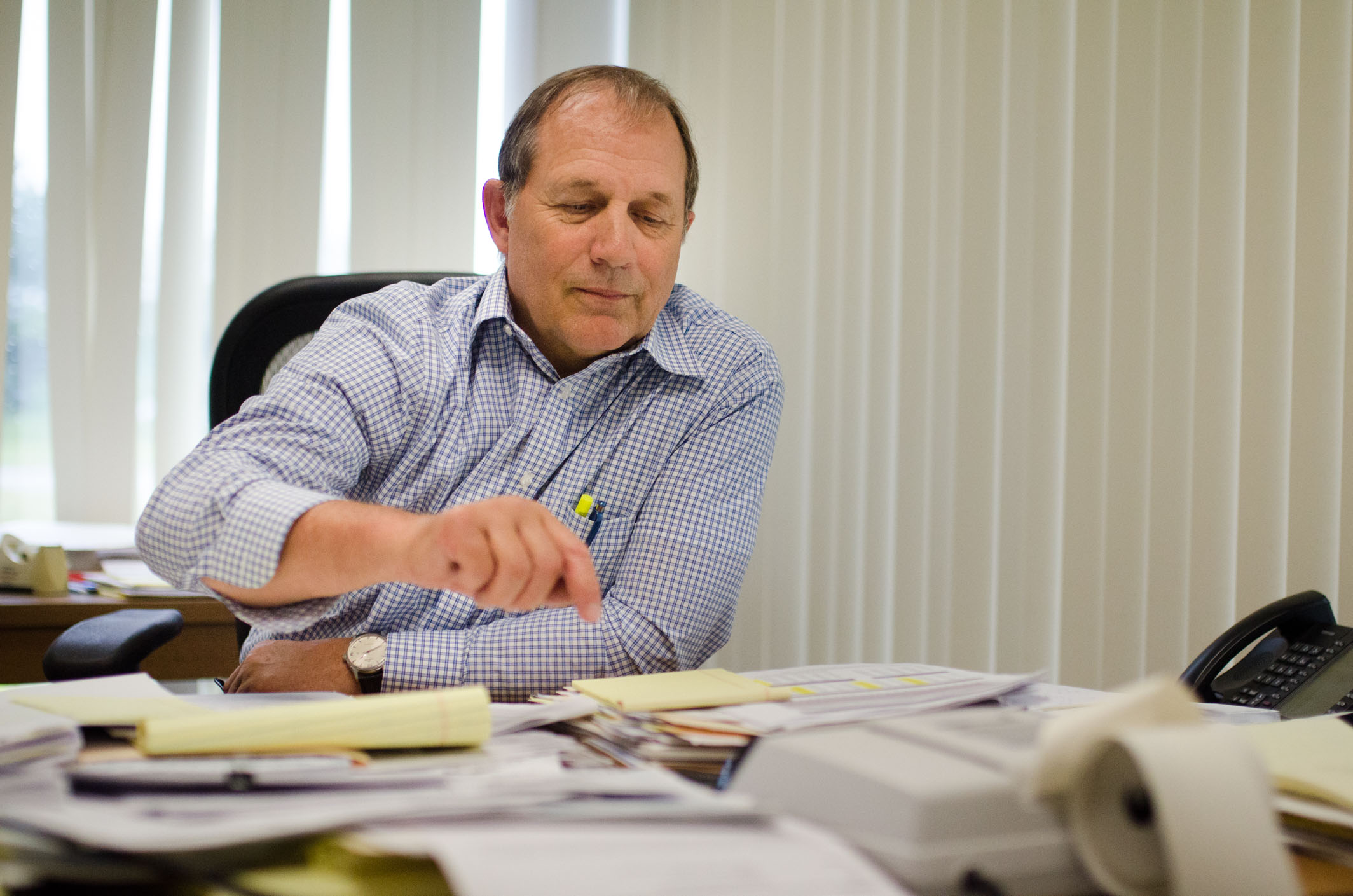 From industry involvement to leadership at MMPA, Rasch’s hard work through the years has been recognized by his peers in the industry through recent honors in addition to the Michigan Dairy Industry Service Award. At the MMPA’s annual meeting in March, the MMPA board of directors recognized Rasch as an honoree of the Michigan Dairy Memorial and Scholarship Foundation with a $1,000 contribution to the scholarship foundation in his name.

“Carl’s passion and commitment to the dairy industry is well known by all of us,” Diglio stated. “I can’t think of a more deserving honoree of the Michigan Dairy Industry Service Award.”

Rasch resides in a restored farm house on acreage near rural Morrice, Michigan, with his wife, Roxanne. They have five children: Jessica, Anthony, Michael, Carol Ann and Katie. He has plans to retire from MMPA in the near future but has no plans to relocate anywhere but Michigan.

This article originally appeared in the August 2017 issue of the Michigan Milk Messenger.