Focusing on cooperation, approximately 400 members and guests gathered for the 102nd Annual State Delegate Meeting of the Michigan Milk Producers Association on March 15 at the Lansing Center in Lansing, Michigan. 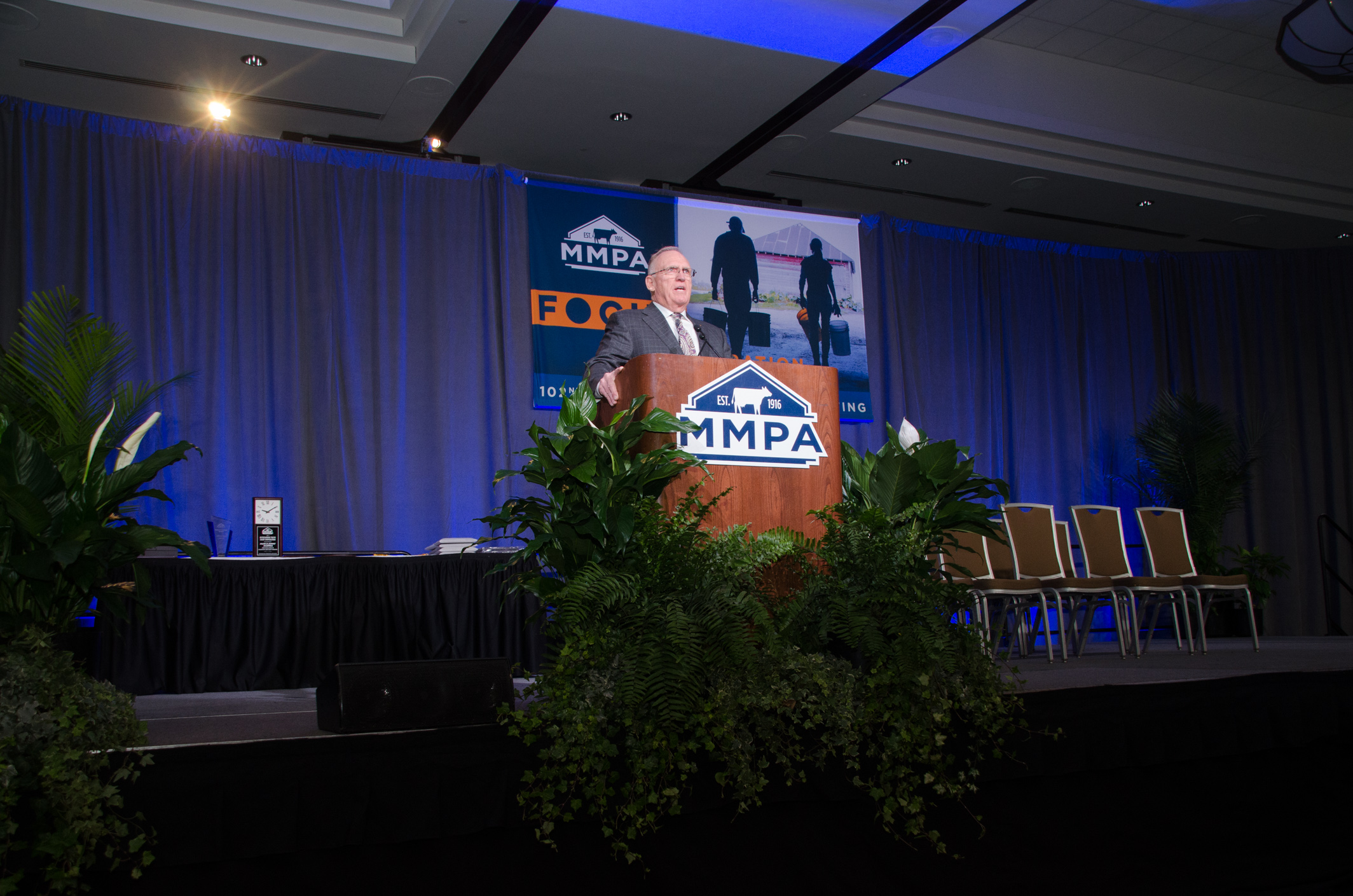 MMPA President Ken Nobis provided an update on industry and MMPA activities, including a discussion on controllable vs. uncontrollable issues the cooperative contends with in the dairy industry. 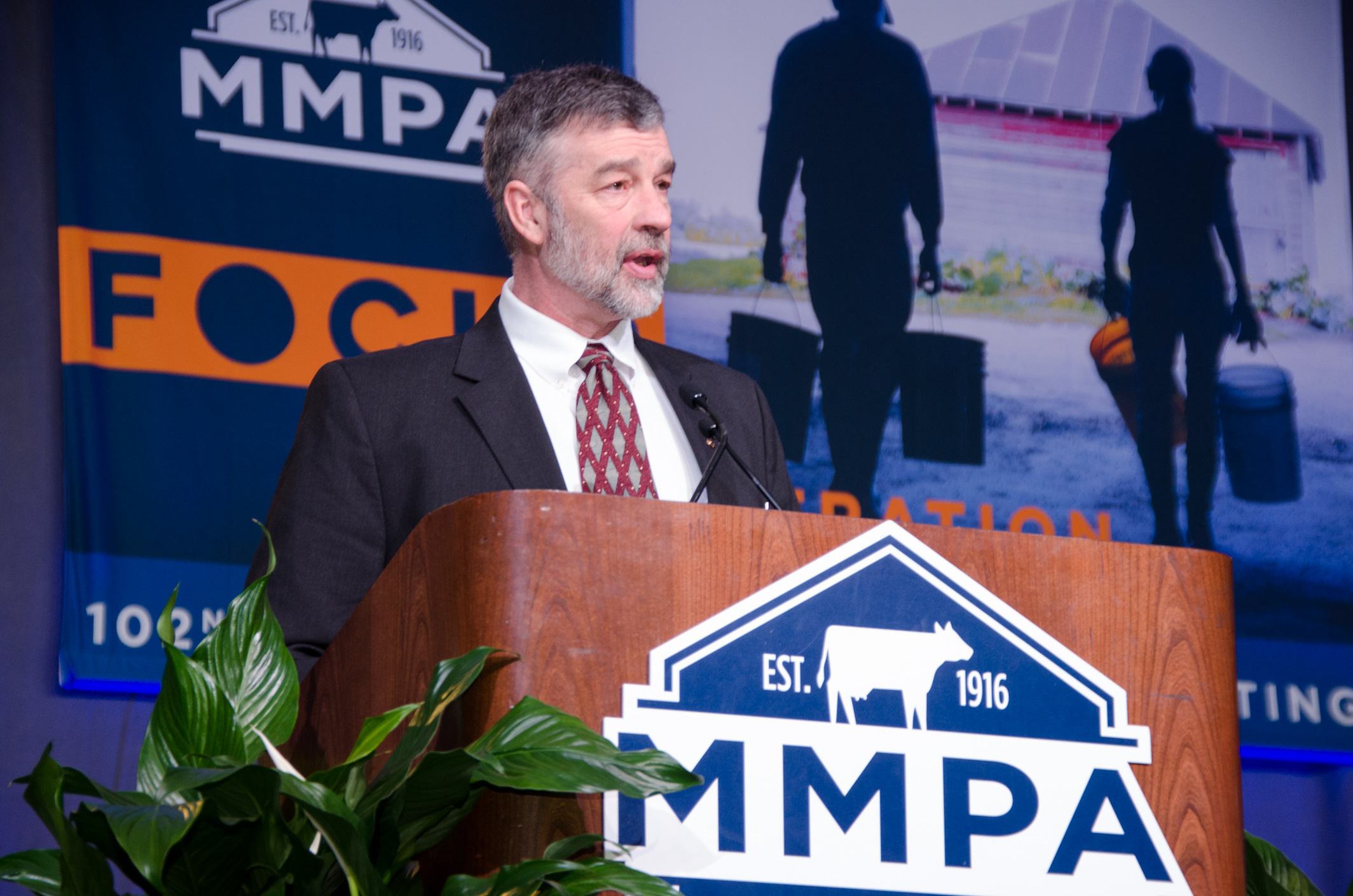 MMPA Treasurer Eric Frahm presented MMPA delegates with a report on the co-op’s financials results from fiscal year 2017. The report emphasized the continuation of MMPA’s strong financial position which is poised for future investment opportunities. 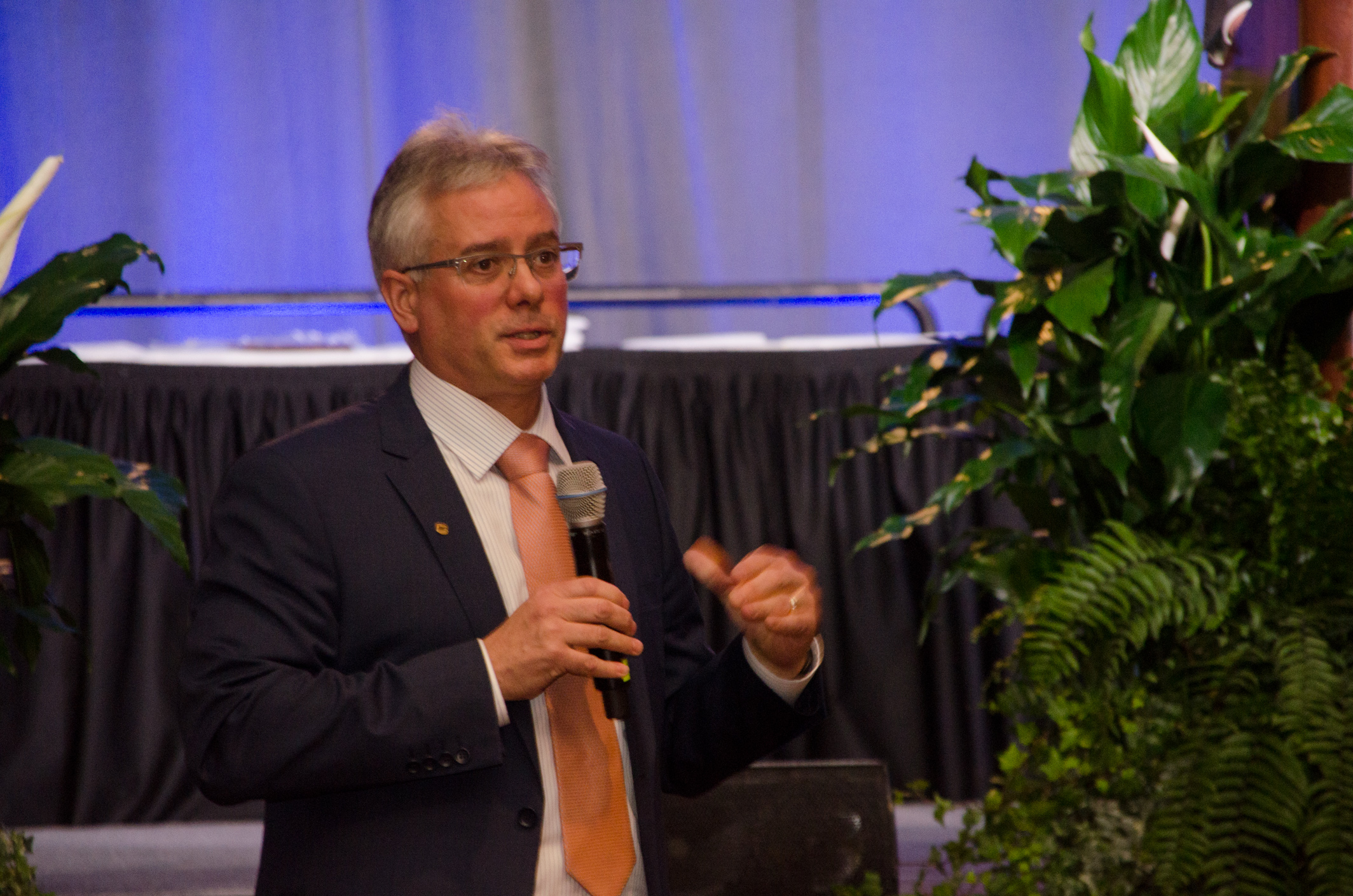 General Manager Joe Diglio described how transformation is part of the MMPA strategy: “What will make our organization successful is preparing for the realities of today and the unknown possibilities of tomorrow.” 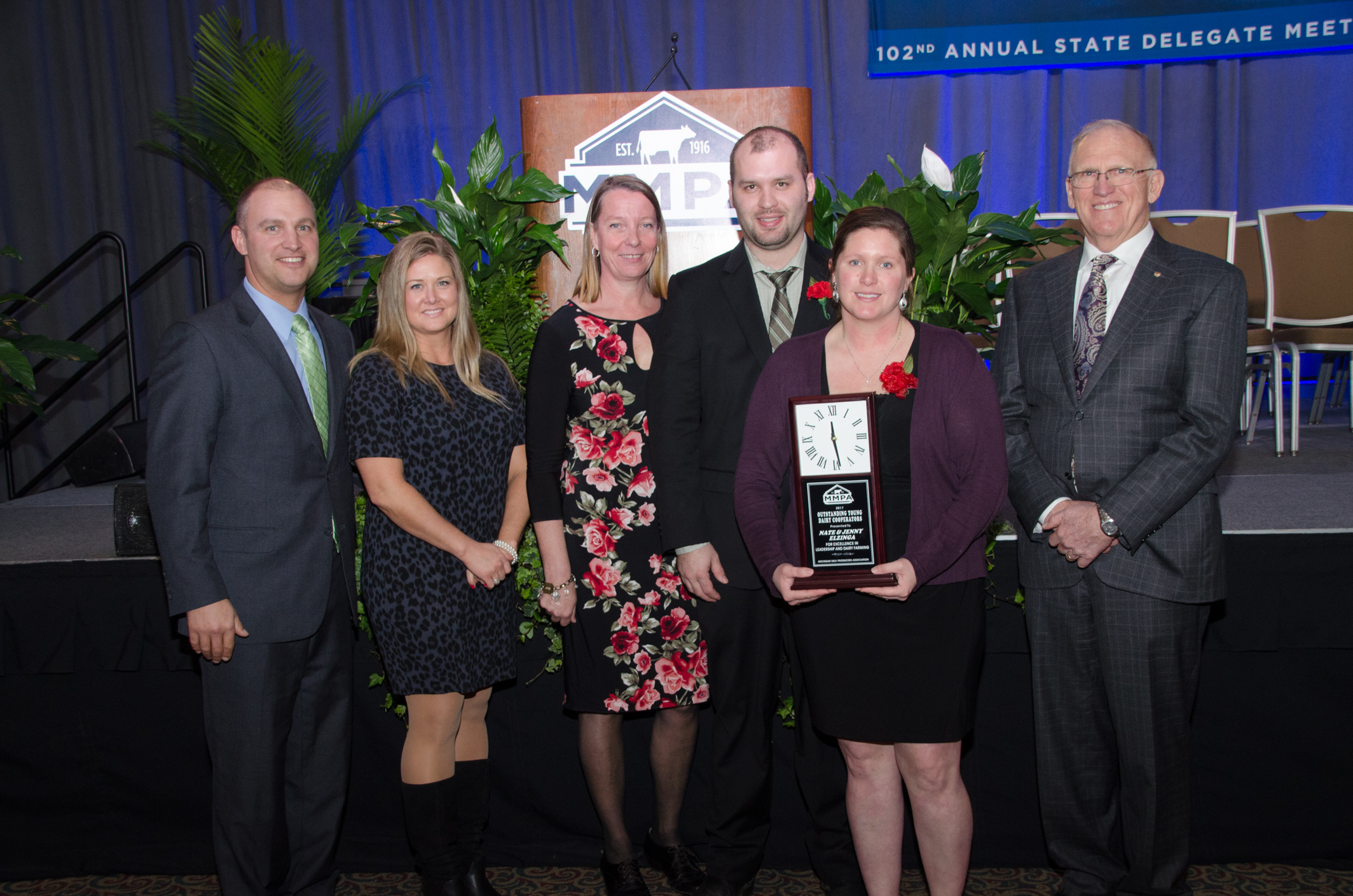 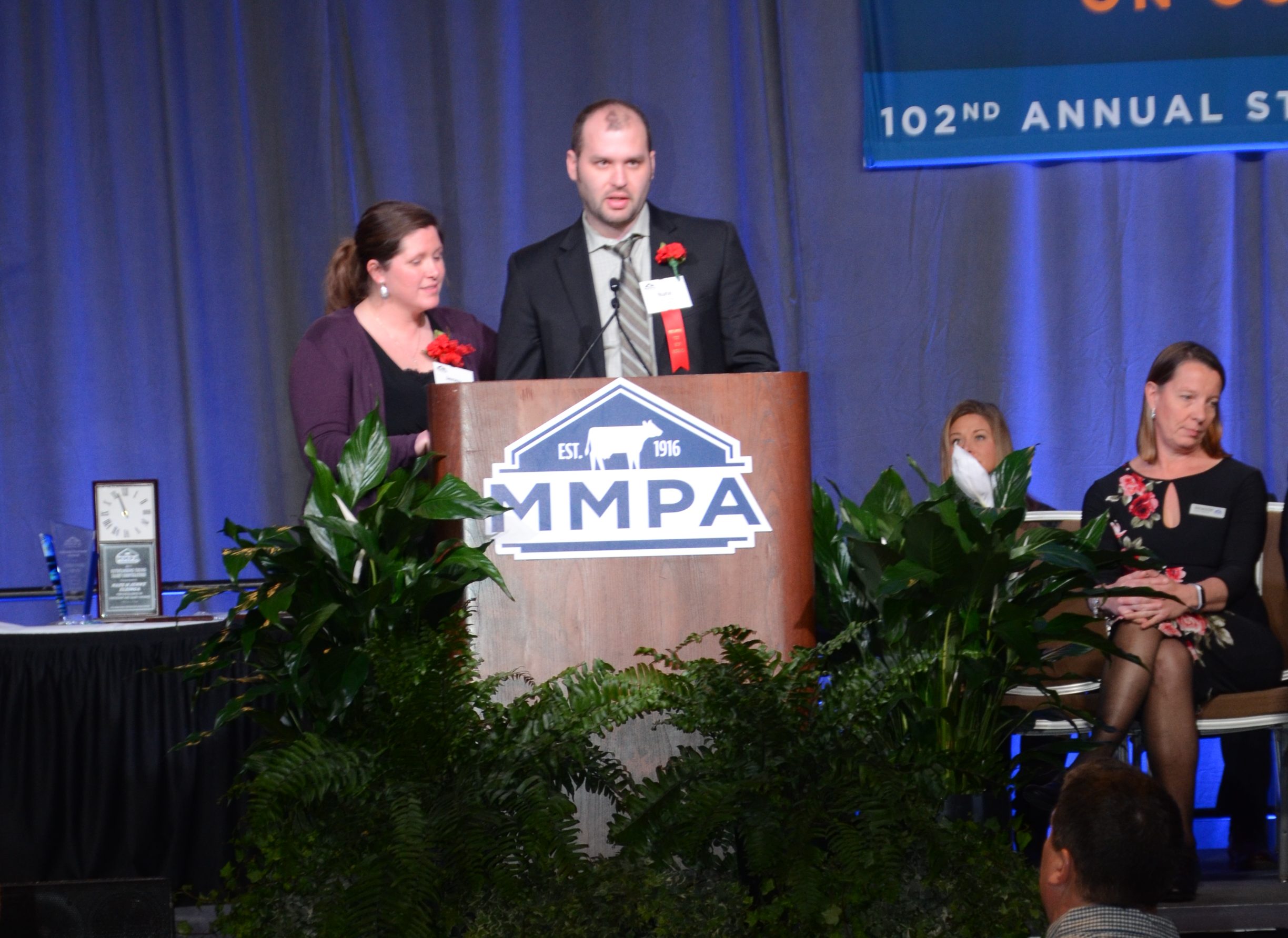 Nate and Jenny Elzinga, 2017 OYDCs, passionately spoke about their farm and family after being introduced to the delegate body. Nate Elzinga offered a petition to fellow farmers to plan for their future and share goals with family: “Along with, know the importance of having goals and working toward a certain direction. Which seeing the way that our co-op is going, I think that’s where we’re going to get strength. Because when we get good people in the room together and they work toward a certain direction, it’s not perfect, but it is progress.” 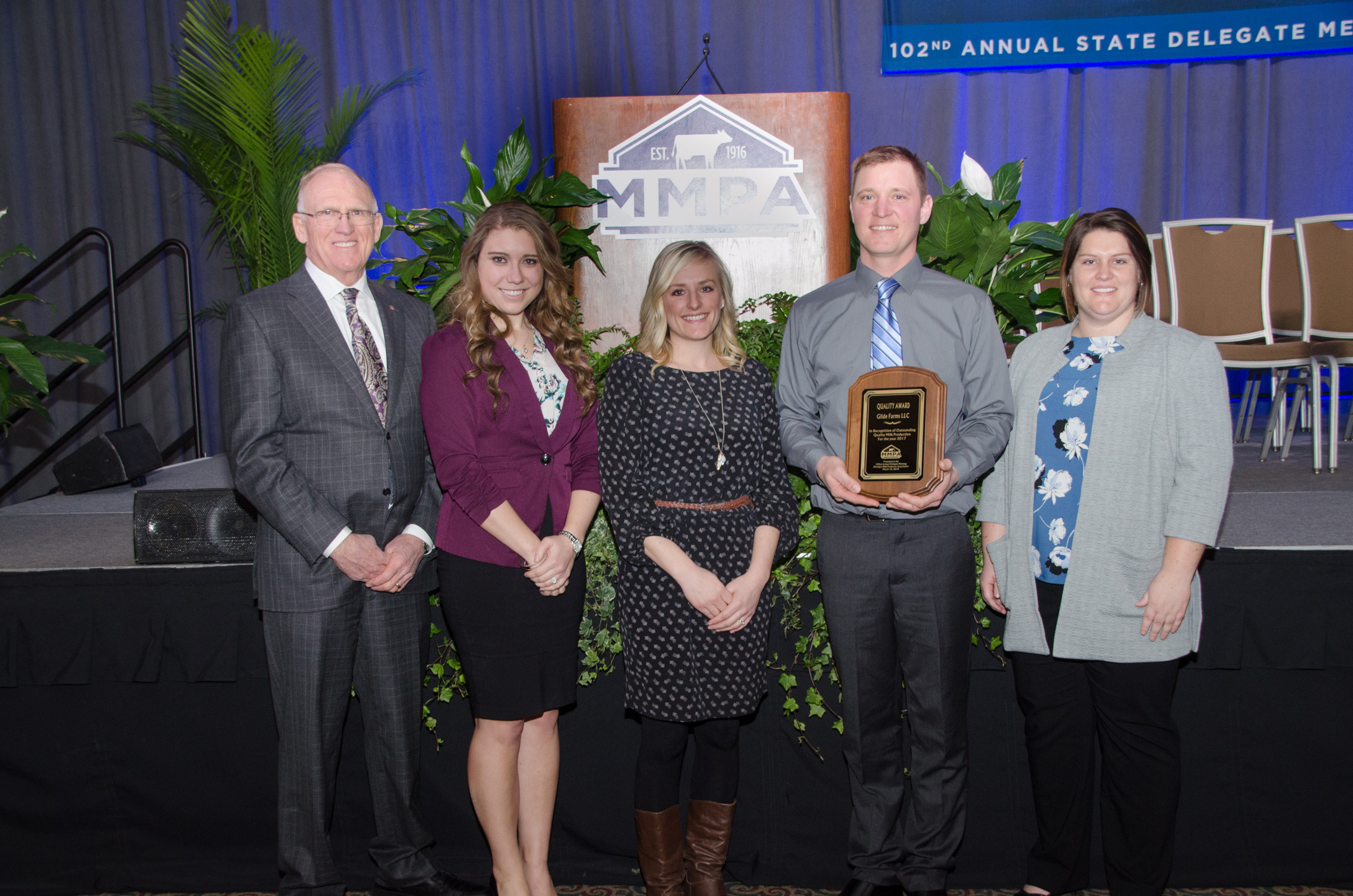 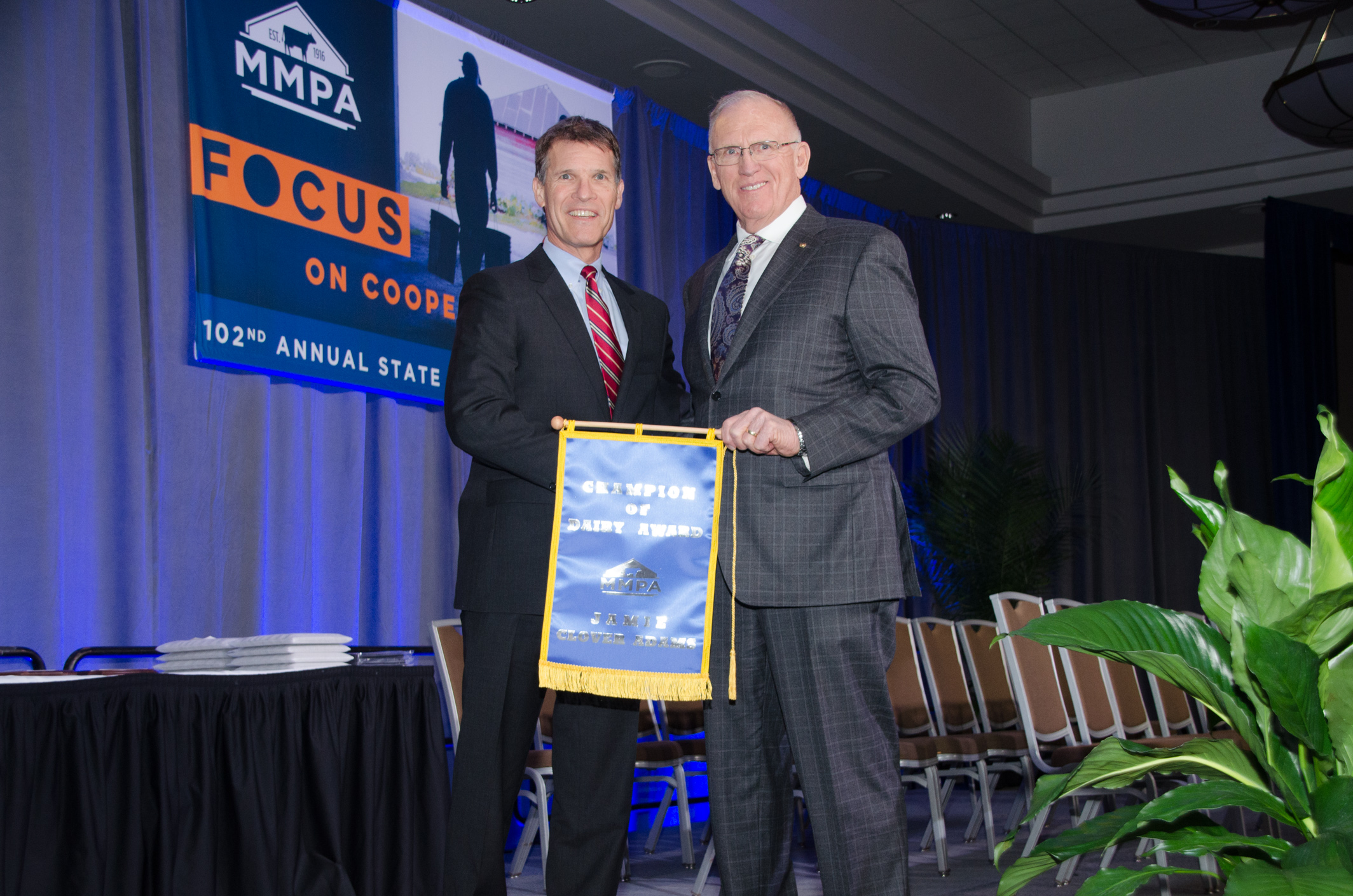 MMPA President Ken Nobis (right) honored former director of the Michigan Department of Agriculture and Rural Development (MDARD) Jamie Clover Adams with the Champion of Dairy Award in recognition of her work for the industry through her tenure at MDARD. Clover Adams was unable to attend so current MDARD Director Gordan Wenk (left) accepted the award on her behalf. 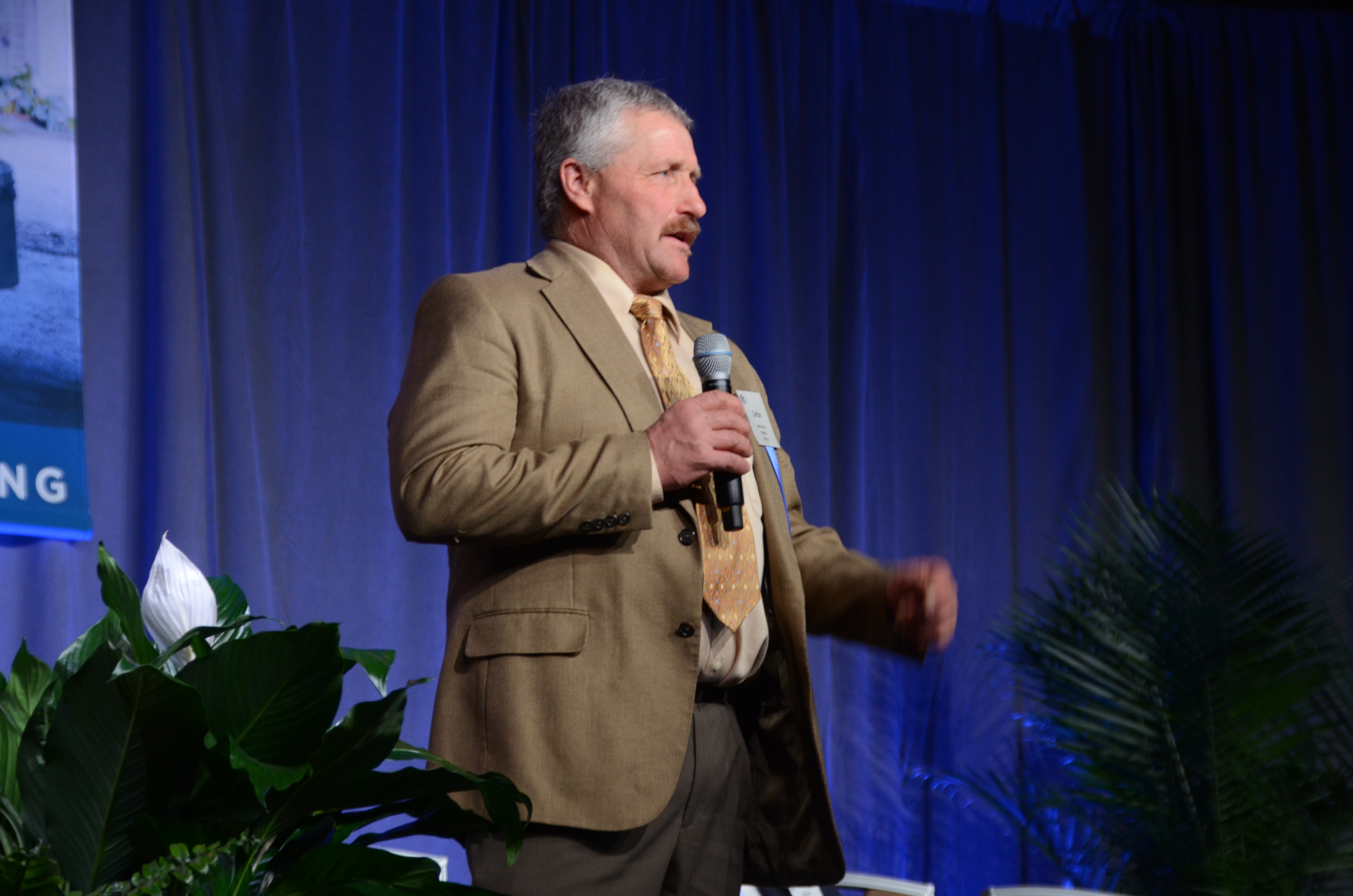 Business conducted by the delegates included the adoption of the 2018 MMPA resolutions and election of Carlton Evans of Litchfield, Michigan to the board of directors in a three-year, at-large position.